Pavan Bapu founded Gramovox in 2013 with the launch of the Gramovox® Bluetooth Gramophone. The concept was simple – bring the forgotten sound of gramophone horns to modern audiences – and Gramovox’s detail-oriented execution led to an overwhelming response. The Kickstarter campaign for the gramophone exceeded its goal and raised over $240,000. Two months later, the Gramovox® made its red carpet debut at the GRAMMYs, earning praise from host LL Cool J, who called it his “favorite product at the GRAMMYs.” 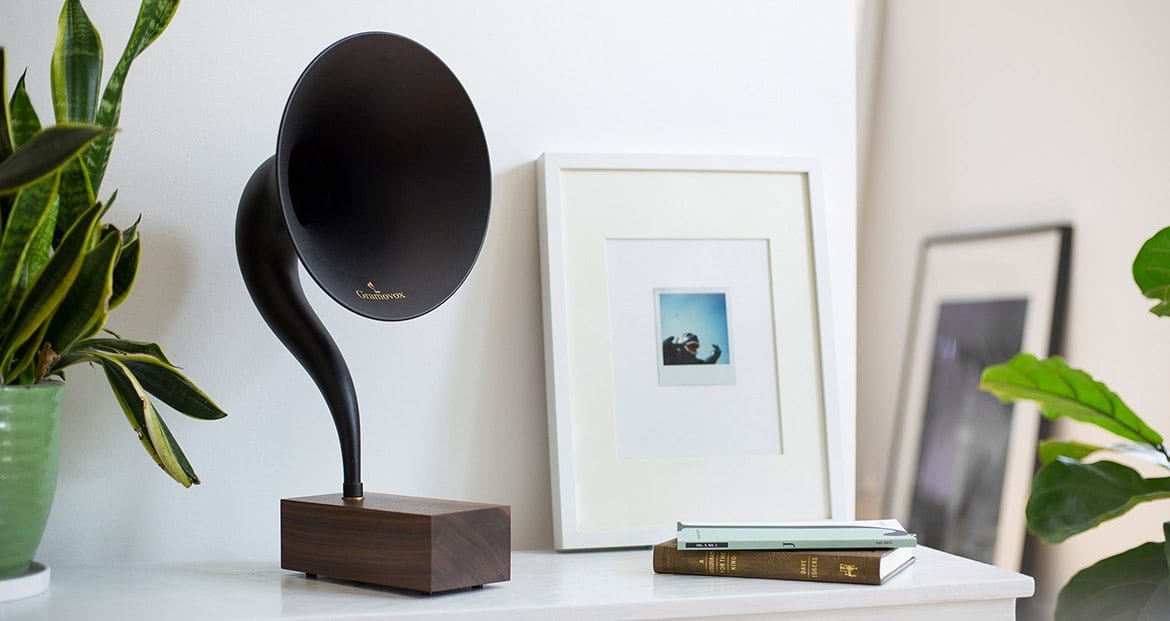 For its follow-up product, Gramovox directed its efforts to another standard in vintage sound—vinyl. Called the Floating Record™ for its vertical orientation and impressive visual appearance, the high-performance turntable has achieved global acclaim and staggering sales. In just over a month on Kickstarter, the Floating Record raised $1.5 million. Its impact on the intersection of design, visual artistry and music may be greater still.

Gramovox proves that success doesn’t come at the expense of quality or commitment to local industry. All Gramovox products are hand-assembled in the U.S., and Gramovox is one of the leading companies in Chicago’s maker movement. RPL is proud to support Gramovox and its stunning creativity.

“Patrick’s not just a patent attorney, he’s also a mentor. He has a well-rounded, otherworldly experience that really helps provide you perspective on things. For me, I think we’ve enjoyed a great relationship together over the course of the last few years. I’ve seen the business grow, and I’ve seen him grow. What’s been amazing is that he provides solid advice. Not just on, can this be patented or not, but he really thinks through the user experience. He thinks through the product. He doesn’t take anything at face value. He really challenges things, and it really makes you see things differently. That is really helpful. I think he looks out for the client’s best interest, and I think that was what really drew me to him. He was just such a caring person, and he really wanted to see Gramovox succeed. I was like, ‘This is definitely the guy I’m going to work with for life.’”