Home > Patents > Can I patent an iPhone app or other mobile app?
Tweet 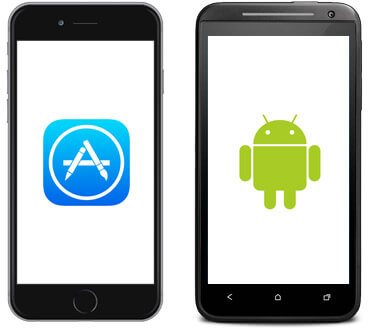 While the earliest mobile apps predate the original iPhone (I ran a particularly useful personal budgeting and accounting app on my beloved PalmPilot™ nearly 20 years ago), mobile apps have been an increasingly important area of technology development since the Apple App Store first opened in July 2008. The impressive computing power we now carry around in our pockets and purses continues to change the way we interact with the world around us by putting life-saving personal safety and telemedicine apps at our fingertips, enabling impressively complex and useful photo and video apps, connecting us through engaging social media apps, and beyond.

Mobile Apps Can Be Patented

With their rise in commercial success, and the success of the App Store, Google Play, Samsung Apps, and the Windows Phone Store, mobile apps have increasingly been a hot topic for patent clients. From a patent perspective, mobile apps are no different from other software when it comes to patent eligibility and patentability, which means yes, apps can be patented. However, there are nuances to explore when looking at whether it makes sense to pursue a patent in a market in which a quick shelf life is the norm.

When Are Mobile Apps Patentable

In order to be patented, a mobile app must meet three main criteria; the features and functions for which you seek protection must be:

The two-test for patent eligibility with respect to abstract ideas is:

The Court held that ordinary and customary use of a general-purpose digital computer is not enough—”merely requir[ing] generic computer implementation fail[s] to transform [an] abstract idea into a patent-eligible invention.”

If the mobile app is not merely an abstract idea, it must then meet the next two criteria by being new and non-obvious.

The novelty test is fairly straight-forward. In patent terms, novel means “new,” which means that there hasn’t previously been anything exactly like the invention. That means that any difference between your invention and what came before it can help establish novelty. However, if the aspects of the invention that make the mobile app new are not also non-obvious (see below), the app won’t be patentable.

If the mobile app is not an abstract idea and it is also novel, it must finally be non-obvious.

An invention is patentably non-obvious when it is something more inventive than what would have been obvious to someone skilled in the relevant area of technology at the time the patent application is filed.

Mobile Apps are patentable when they are: (1) directed to something more than an abstract idea; (2) include features or functions that are new; and (3) those new features or functions must not have been obvious to someone skilled in the relevant area of technology at the time the patent application was filed.

RPL has been working with mobile developers for years in helping them patent their apps. A common strategy is to file a provisional utility patent application around the launch date of the mobile app and use the one year that the provisional application is “patent pending” to assess whether the market reaction is favorable enough to pursue a non-provisional patent application when the deadline comes. This strategy enables you to minimize your upfront investment in the patent process, while maintaining your rights to pursue patent protection for your mobile app while you explore the market.

If you want to discuss pursuing patent protection for your mobile app, please contact us to set up a time to move forward.